DotNetBrowser 2.5 is based on Chromium 88.

In this Chromium build some of its features wrapped with the DotNetBrowser have been removed or changed, so this DotNetBrowser version introduces several breaking changes in the public API. Check out the migration guide for this version to see what API has been changed/removed and what alternatives you should use instead.

Some applications installed in the operating system might be associated with a specific URI scheme. When a user navigates to a URL with such a scheme, Chromium displays a dialog where the user can decide whether the link should be opened in the associated external application or not.

With this update you can use OpenExternalAppHandler to intercept such cases and display your own dialog to the end users or programmatically open the external application without prompting the user. For example: 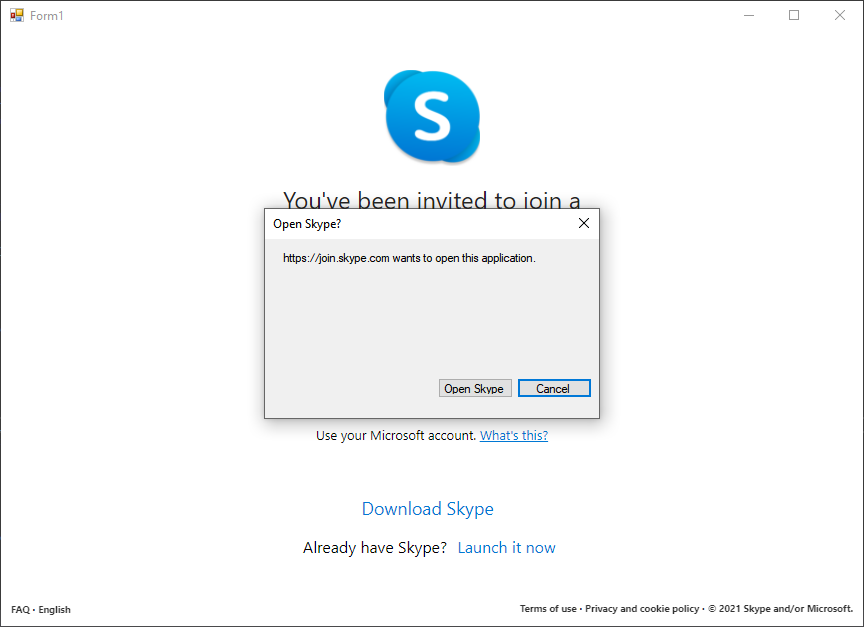 Subscribe to our RSS feed to get instant updates on new releases.